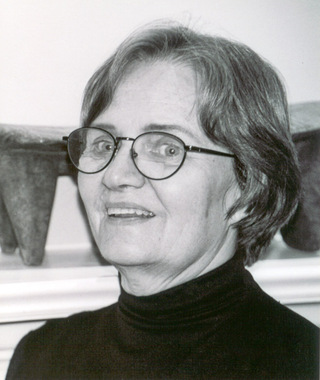 Palo Alto California was a wonderful place to be a child. I spent most of my free time outdoors, often sitting in a tree with friends or a book. Since there was plenty of beautiful wilderness nearby, my family went camping many weekends.

I did undergraduate work at Harvard and UC Berkeley. Before I finished, I married Bertrand Halperin, a physicist who now teaches at Harvard. We have two children and a grandchild.

While the children were young, we lived in New Jersey. During those years, I was a happy wife and mother, and an unhappy political activist. I studied History at Rutgers to gain perspective on the seemingly futile work I had been doing. We moved to Massachusetts so I never finished my doctorate. I became a teacher, and continued as an activist. Teaching gave me a sense of valuable accomplishment that political action did not.

Teaching is like acting--is too frustrating a path to follow without an inescapable compulsion. For me, the passion still burns. I still learn something every time I enter a classroom.

In 1989-1990 I taught in a village secondary school in a beautiful part of western Kenya. For just over a year, I lived in a thatched mud house with a polygamous family of subsistence farmers. As we learned to trust each other, they took my desire to learn from them seriously, and set out to discover how much a clueless outsider could learn in a year. I was a sort of giraffe--a very conspicuous curiosity. While there, I spent all my free time sitting in kitchens, talking with other women. I found them courageous, resourceful people and gifted storytellers. Those conversations by the cooking fires inspired me to travel all over Kenya, collecting life histories of women throughout the social spectrum. I had extraordinary access and heard unforgettable tales. Between 1995 and 2003, I made five trips of several months duration to interview women.

Now, I teach English at Roxbury Community College, Boston’s inner-city college. Although I’ve taught many places, this is the most satisfying. I particularly enjoy building mutual support in a class which may contain Russian septuagenarian Ph. D’s, Somali women swathed in robes and hijabs, young Dominican athletes, and single mothers who bring children and crayons to class when child-care arrangements fail.

In addition to teaching, I have two other passionate commitments: Jitegemee and the Nonviolent Peaceforce. Jitegemee is a small NGO educating street children in Kenya. Many of our children are orphans. All have spent much of their youth on the streets. We support them through primary school, and either secondary school or vocational training. Once we make a commitment to a child, we provide the long-term assistance needed to become a self-sustaining adult. Our fundamental expectation is that at every stage, they should be active contributors to their families and the community. They tutor younger children and, later, mentor less skilled apprentices.

The Nonviolent Peaceforce is the world’s only professionally trained, international, unarmed “peace army” working in conflict-riven areas at the invitation of local groups, but allied with no side or faction. Our international governing council is composed of 15 members from Africa, Asia, Europe, Latin America, the Middle East, and North America. Our pilot project has had some stunning successes in Sri Lanka. The field team provides protective presence, accompanies civil society actors from all sides of the conflict when their peacemaking activities place them at risk, monitors and reports human rights abuses. We expect to have a team deployed in another conflict area by the end of 2005.